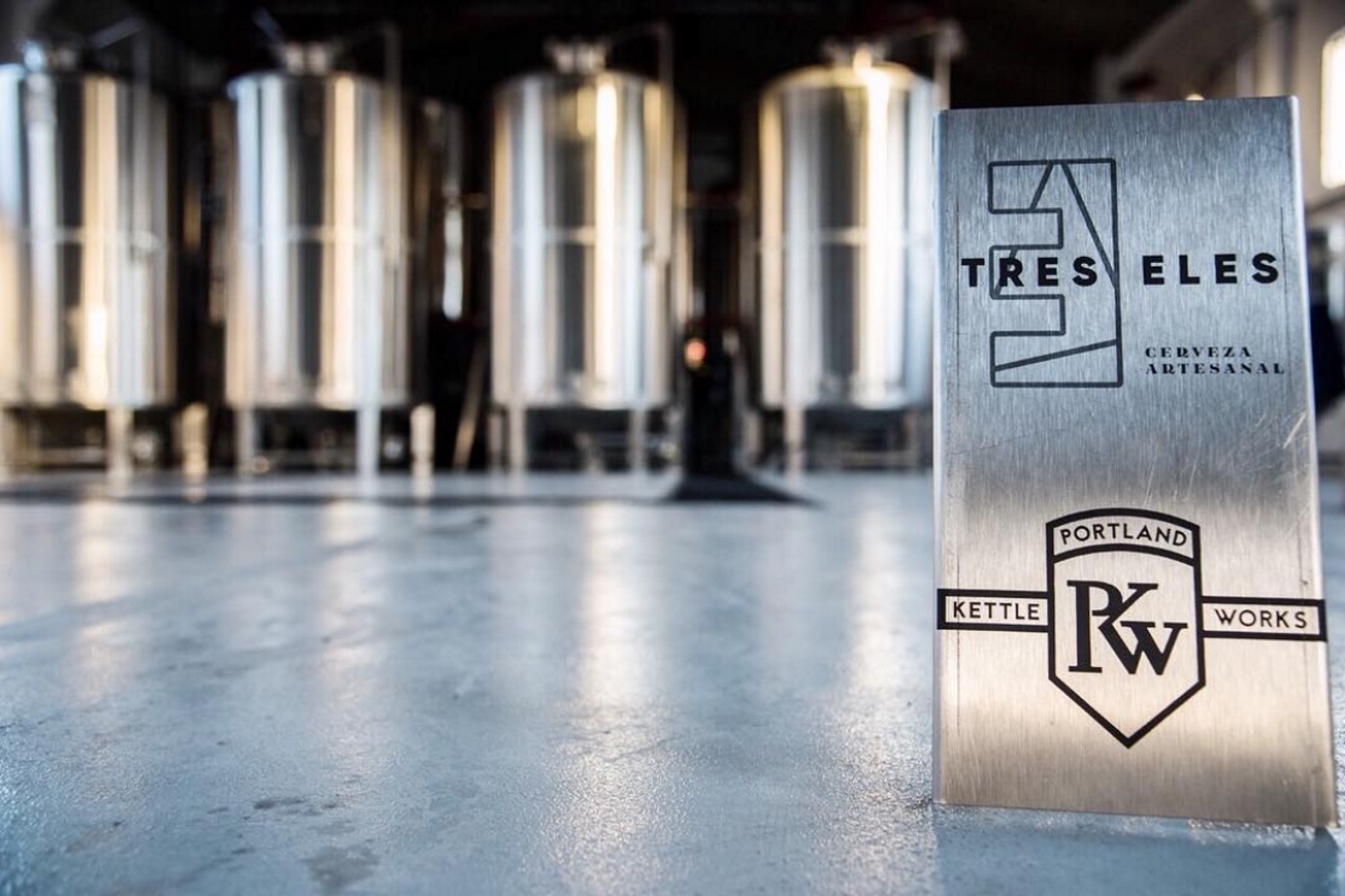 “Today we are in more than 130 bars, restaurants, and hotels in Mexico City in only one year”

Cerveza Tres Eles is located in Mexico City, Mexico in the eastern borough of Iztapalapa. Iztapalapa is not only the most populous borough of Mexico City, but also holds the honor of being the most populous municipality in the entire country. With so many thirsty consumers in close proximity to the brewery, success has come quickly to Tres Eles. Since its opening in 2017, it has rapidly grown into one of the largest craft breweries in the country. Portland Kettle Works recently spoke with Diego Balmori, Head Brewer at Cerveza Tres Eles, who generously shared his experiences starting this artisanal Mexico City brewery.

Inside of Cerveza Tres Eles, standing among their rows of fermenters and brite tanks

PKW: Where did you find the courage and inspiration to start your Mexico City brewery?

CTE: First of all was our love of real beer, not the carbonated water that we used to have to drink in Mexico a few years ago.  Since then, we’ve found a growing market for craft beer in Mexico.  A lot of people wanted to drink good craft, independent beer, but there were really very few serious breweries in Mexico City.  So, we decided to open what has become the biggest brewery in Mexico City and grown it into one of the biggest in all the country.

PKW: What was the biggest challenge in starting your Mexico City brewery and how did you overcome it?

CTE: There were so many challenges but one of the biggest was to find an excellent supplier of brewing equipment.  After meticulous research we discovered Portland Kettle Works, and we were surprised to find that PKW has a factory in [Querétaro] Mexico.

Another big challenge was the boiler and chiller installation; there aren’t many local companies capable of installing brewing equipment in Mexico.  Finally, we settled for a company that could install really big boilers for the food industry, and we had them do all the work.

CTE: Definitely we would change the layout of the brewery.  Actually, the brewhouse is in the back of the brewery; we should have put it in the front to be able to show it off!

CTE: Our way of thinking:  since the beginning we wanted to start with a really big brewhouse, and we received a lot of criticism for that.  Today, we are actually in more than 130 bars, restaurants, and hotels in Mexico City in only one year.

PKW: What’s your funniest/most memorable moment at the Mexico City brewery so far?

CTE: For sure, it was when the brewhouse finally arrived at the brewery, and we put it into the factory.  We had had a few hard months before that.  The brewhouse actually arrived during one of the most important weeks for the Mexican craft beer industry:  the start of Cerveza Mexico 2017.  Brewers from all over Mexico, as well as other countries, come to the festival.  So, when we finally finished the setup of the equipment, and we arrived at the festival, we received a lot of congratulations.  We still had a lot of work left, but at least we could drink some good beer and relax a bit with the installation of our brand new brewhouse complete.

Diego Balmori, the Tres Eles Head Brewer, toasts his brewhouse while he enjoys the fruits of his labor

Ask a QuestionGet a Quote