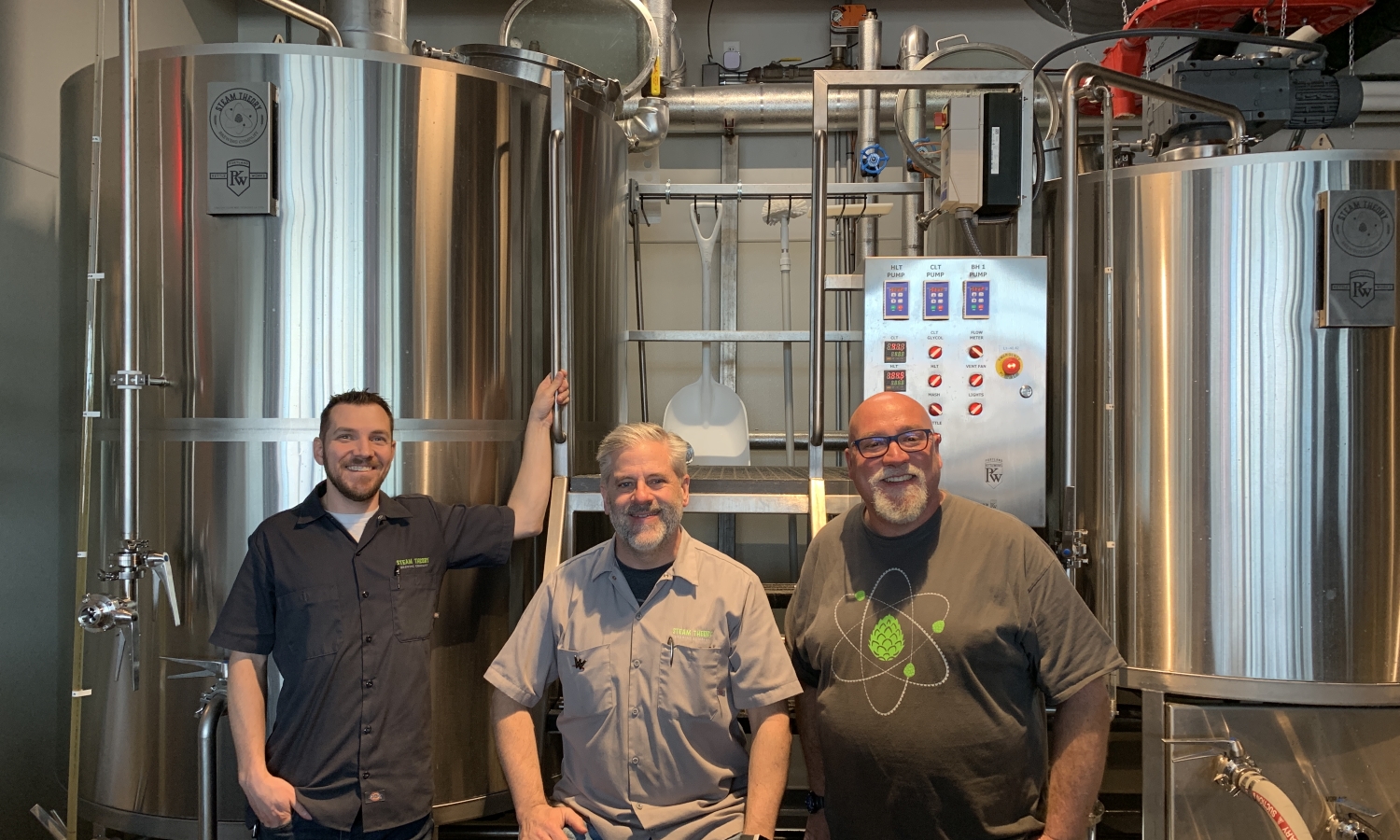 “We Never Found It, So We Built It”

Their Beer: The majority of Brewmaster Kirk Roberts’ beer is meticulously produced on a Portland Kettle Works 15 bbl brewhouse.  To further ensure freshness and quality, 12 beers on tap are poured directly from PKW 15 bbl serving tanks with each tank set individually to the correct serving temperature for the style contained within.

Their Food: The brewmaster and executive chef work closely together all year long to ensure a synthesis between beer and food. All ingredients are fused in unique ways that will make you reach for one of the seasonally paired beers designed to go with each specific dish.

PKW: Where did you find the courage and inspiration to start your brewery restaurant?

STB: Let’s start with the inspiration portion of this.  Jonathan and Chuck met through home brewing, which of course led to a lot of weekend trips to local breweries.  Once we exhausted that supply, we branched out to establishments around the state and then across the nation.  We started to see some trends between breweries and brewpubs and different themes that varied from one part of the country to another, primarily in the styles of beers produced.  This led to a quest to find what we thought would be the perfectly balanced brewpub.  Guess what?  We never found it, so we decided to build it.  Now, about this courage thing, honestly that is only part of the equation; you need support from many people, you need to pick the right people to work with, and above all, a passion so strong you are willing to give up pretty much everything to make it happen.

PKW: What was the biggest challenge in starting your brewery restaurant and how did you overcome it?

STB: The single biggest challenge was finding the right location.  Once we defined our concept, we went on a Tolkienesque journey to find a place in Dallas that was zoned properly, had parking, a good traffic flow, a lack of breweries in the immediate area, demographics that fit our model, and a space that could accommodate our concept.  The first location we selected ended up being a nightmare of issues between the city parking requirements, a hostile homeowners association, and a city council that was unsupportive.  We had completed our architecture work while the landlord worked with the city and homeowners, but we finally had to tap out and move on due to these mitigating factors.  The search then led us to several prospective areas around the central business district and we selected Trinity Groves in West Dallas.  This is an up and coming area that has huge potential over the next few years, and we wanted to get in early to grow with the area.  Granted the first year has been challenging as we build our brand, but as more people move into the area, we are seeing the growth we need to go forward.

STB: We had significant overruns on construction costs; you can never overestimate that.  Working with the city was very difficult, so plan plenty of time in the schedule for those delays.  Definitely research the neighborhood you are targeting to make sure local organizations like the HOA [home owners’ association] and the local officials are going to be supportive before you start spending money.  Make sure whatever signage you plan to put on the spot is very visible to the passersby.  We have a large sign and no one seems to see it, so we are having to augment that.  Build relationships with the locals well before opening:  get them hyped up for months prior to opening day.

STB: First and foremost, our celebrity investor [Chris Harrison, host of ABC’s Bachelor reality TV show franchise] has brought in a lot of attention.  Having a strong social media presence is key, but don’t let those dime a dozen social media startups take advantage of you.  Work with people you trust and look at what other successful breweries in the area are doing.  Be consistent at all times.  Whether it’s recurring events, branding look and feel, the quality of your beer, or food and service.  You are only as good as your worst day in business.

PKW: What’s your funniest/most memorable moment at the brewery restaurant so far?

STB: This is easy!  One of our bar managers was prepping to open and was carrying a full rack of washed glassware and took a spill behind the bar.  It was like something right out of a cartoon – feet went out, fell on her butt while holding the glass rack, hit the speed rail on the well; three bottles of booze flew straight up in the air and landed next to her.  Being a nice owner, I ran over to see if she was hurt.  When she said she wasn’t and started laughing, I asked her to pick up the expensive tequila bottle before it all ran out.  Again, being a responsible owner on our liquor costs!

Kirk Roberts, Steam Theory Brewmaster, in his element (brite tanks on the left; fermenters on the right)

Next time you’re in Dallas, stop by Steam Theory Brewing Company, introduce yourselves, and stick around to taste their latest seasonal beers paired with their delicious food.